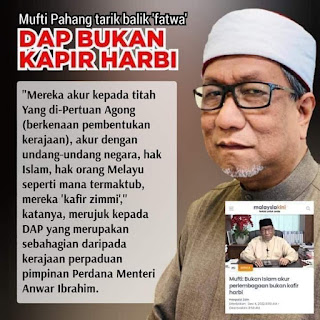 What some people say about Muhyiddin Yassin 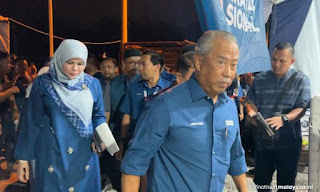 " Muhyiddin, pot calling the kettle black.." "One of the main actors in backdoor cabinet of kleptos and traitors.." SUN : Behold the practical demonstration of the old fable that we were taught in schools, sour grapes. A constitutionally appointed government, sanctioned by the Rulers is being labelled as illegitimate by Malay- first, Bersatu chairperson Muhyiddin Yassin. Did he not rely on this same group of so-called kleptocrats to steal the mandate from the previous Pakatan Harapan government? And did he not have a bunch of ineffective fellows serving as ministers in the world’s  largest cabinet ? Where was this sense of outrage then? Please Muhyiddin, go lick your wounds in private. On_3rd_Rock : The pot calling the kettle black. Let us not forget Muhyiddin was one of the main actors in the  Sheraton Move . Lest we forget - he was a backdoor PM and so were some of his cabinet ministers. Back then with Muhyiddin at the helm, it was a double whammy for the country
Post a Comment
Read more

RCI to probe RM600b expenditure by Muhyiddin's administration is necessary 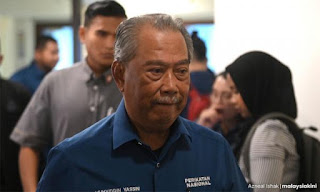 Pot calling the kettle black ? FMT reported  Umno Supreme Council member Isham Jalil has called for a royal commission of inquiry (RCI) to probe the apparent expenditure of RM600 billion by former prime minister Muhyiddin Yassin’s administration. Isham Jalil Isham, the former special officer to the former prime minister Datuk Seri Mohd Najib Tun Abdul Razak, said this was necessary as the people deserve to know how Perikatan Nasional (PN) funded its election campaign for the general election (GE15). Isham added that an RCI was necessary to investigate in detail how such a huge amount of money was spent since the expenditure was done during the emergency period and Parliament was not able to provide a check and balance having been suspended at the time. “We saw that they (PN) spent a lot of money for GE15. Therefore, people want to know the source of all that money. “Was the money from the taxpayers’ RM600 billion? This should not be happening,” Isham told the news portal.  “There sho
Post a Comment
Read more
More posts